Tim Warner
Tim Warner studied for his BSc in Pharmacology at Chelsea College, later King’s College London, from 1982 to 1986.  This course included an extramural year, during which time Tim worked in the cardiovascular research group at Smith Kline French in Welwyn, conducting experiments on combined alpha- and beta-receptor blockers.  After graduating with a first class degree in 1986, Tim went to study for his Ph.D. under the supervision of Sir John Vane at the newly opened William Harvey Research Institute.  Sir John had recently won the Nobel prize for his work on prostaglandins and aspirin.  Tim’s PhD project was on the processes controlling the release of mediators from endothelial cells, and experiments were largely based on the bioassay approaches famously developed by Sir John.  During the time of his PhD, endothelin was discovered by researchers in Japan and Tim also conducted research in this area, in particular establishing the presence of at least two distinct populations of endothelin receptors within the circulation.  For his post-doctoral research Tim moved to work with Prof. Ferid Murad, who at that time was well known as a leading biochemical pharmacologist who had made fundamental observations on the regulation of guanylyl cyclase; notably in the 1970s that nitric oxide stimulated guanylyl cyclase to cause the production of cyclic GMP.  This observation would earn Prof. Murad the Nobel prize in 1998.  Prof. Murad’s research was based to the north of Chicago at Abbot Laboratories and Northwestern University.  After gaining invaluable biochemical experience, including being involved in the first purification of the endothelial nitric oxide synthase, Tim returned in 1992 to the William Harvey Research Institute.  Tim has been there ever since and after being a British Heart Foundation lecturer (1995-2000) is now Professor of Vascular Inflammation.  Tim is currently the Director of the Blizard Institute, have recently acted as Deputy Dean for Research for the School of Medicine and Dentistry, and Deputy Director (Research) QMUL Life Sciences Initiative.  Tim has acted as an editor for the British Journal of Pharmacology and Platelets, and in 2000 was the recipient of the Novartis Prize of the British Pharmacological Society.  In his research career Tim has published more than 300 research papers, reviews, articles and abstracts.  The impact of these articles places Tim within the top 0.5% of cited researchers over the last 20 years (Institute for Scientific Information).  Tim is a fellow of the British Pharmacological Society as well as the American Heart Association and the Royal Society of Biology.  He is also a member of the International Society for Thrombosis and Haemostasis, the American Society for Pharmacology and Experimental Therapeutics, the Working Group on Thrombosis of the European Society of Cardiology, and the British Society for Cardiovascular Research.

Ivana Vojnovic
Ivana completed her undergraduate and Master’s degrees in pharmacy at university in Belgrade, Yugoslavia (now Serbia).  After a short spell in the Molecular Endocrinology Laboratory at the Middlesex Hospital, London, Ivana joined the William Harvey Research Institute in 1989 and joined the Warner Group in 1995.  Prior to that, she was involved in work associated with the effects of nitric oxide and its metabolic synthesis involving L-citrulline and L-arginine. In Tim’s group, Ivana's work includes investigations on cyclo-oxygenase and its relevance to non-steroidal anti-inflammatory drugs, and measurements of human cyclo-oxygenase enzymes.  Ivana is familiar with numerous molecular biology techniques and cell culture work.  More recently, Ivana has been involved in clinical studies to determine the effect of COX-2 selective and non-selective NSAIDS on platelet function and the transcriptone of whole blood.  Ivana also acts as the group’s laboratory manager, deals with group safety and administrative aspects and makes the group’s funds last longer by negotiating discounts.

Paul Armstrong
Paul completed his BSc in Pharmacology at the University of Edinburgh, before joining our group as a MRes student.  After finishing his MRes, Paul stayed to study for his PhD, during which he developed novel platelet function assays and used them to investigate the relationship between platelet aggregation, thromboxane production and aspirin.  With this work Paul was awarded a Young Investigator Award by the British Society for Cardiovascular Research in 2008.  Completing his PhD in 2009, Paul moved to the laboratory of Prof. Karlheinz Peter at the BakerIDI Institute in Melbourne, Australia where he worked as a postdoc for the next 2 years.  During this time Paul researched the interaction between platelets and bacterial-associated proteins, and the potential relevance of this to disseminated intravascular coagulopathy (DIC) development during sepsis.  Paul returned to London in 2012 and under the supervision of Dr. Nazima Pathan at Imperial College he investigated the pathophysiology of inflammation and organ dysfunction in children with sepsis and malnutrition.  He re-joined Tim's group in at the beginning of 2013 as part of a new BHF funded project considering the relative importance of inhibited and non-inhibited platelet populations to thrombotic potential across a range of disease states.

Melissa Chan
Melissa completed her undergraduate studies at King's College London and University of California, Berkeley with a BSc in Physiology.  She then moved to the William Harvey Research Institute to undertake a PhD in Pharmacology under the supervision of Prof. Amrita Ahluwalia investigating the role of endothelial mediators in the sex-dependent regulation of vascular tone.  After completing her PhD, Melissa spent time working between the our group and that of Prof. Jane Mitchell at Imperial College studying the effect of anti-platelet drugs and developing a method for the diagnosis of bleeding disorders in clinical settings.  Melissa then moved to be a post-doctoral fellow for 2 years with Prof. John Wallace at the Farncombe Family Digestive Health Research Institute, McMaster University.  During her studies with Prof. Wallace, Melissa investigated non-steroidal anti-inflammatory drugs (NSAIDs), their influences on platelets, and their detrimental gastro-intestinal side-effects. She returned to the Warner lab in 2014 to continue her work on anti-platelet drugs and cyclic nucleotides, funded by the British Heart Foundation.

Marilena Crescente
Marilena graduated in Pharmaceutical Chemistry and Technology in the “G.D’Annunzio” University of Chieti.  Soon after she joined the Laboratory of Cell Biology and Pharmacology of the “John Paul II” Center for High Technology Research and Education in Biomedical Sciences (Campobasso) where she worked under the supervision of Dr Chiara Cerletti and Professor Giovanni de Gaetano.  After starting a collaboration with Professor Paolo Gresele, in 2010 Marilena obtained her PhD in Vascular Biology and Pathophysiology from the University of Perugia studying the use of laboratory-based assays to evaluate the response to aspirin treatment in cardiovascular patients.  After completing her PhD, Marilena moved to the laboratory of Professor Denisa Wagner at the Harvard Medical School in Boston, where she worked on the use of recombinant human ADAMTS13 and tPA-coated nanoparticles as potential new thrombolytic drugs.  This work was partially supported by a fellowship that Marilena obtained from the Foundation BLANCEFLOR Boncompagni-Ludovisi.  At the beginning of 2012, Marilena moved for a brief period to the CNIC in Madrid where she worked with Dr Alicia Garcia Arroyo on the involvement of platelet MMPs in angiogenesis.  In June of the same year, Marilena moved to University of Reading in the UK where she worked with Professor Jonathan Gibbins on an MRC-funded grant to investigate the role of thiol isomerases in haemostasis and thrombosis.  Marilena joined Tim’s lab in 2016 and she is currently working on a BHF project to re-evaluate the effects of aspirin in the cardiovascular system by using a platelet COX-1 knock out mouse model. 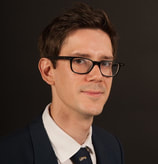 Paul Vulliamy
Paul graduated in medicine and surgery from Newcastle University in 2009. He undertook his foundation training at the Royal London hospital and stayed in east London for his basic surgical training, during which time he obtained membership of the Royal College of Surgeons (MRCS). He is currently training as a general surgeon with a specialist interest in trauma and emergency surgery. With the support of a research fellowship from the Royal College of Surgeons, Paul is undertaking a PhD with Tim and Professor Karim Brohi investigating how major trauma and haemorrhage affect platelet function within the Centre for Trauma Sciences.

Harriet Allan
Harriet completed her undergraduate studies at the University of East Anglia, graduating with a BSc Honours Degree in Biological Sciences in 2013. Harriet then completed an MRes in Inflammation: Cellular and Vascular Aspects at the William Harvey Research Institute, gaining a distinction. During her studies, she joined our group to investigate the effect of zinc on platelet function. Harriet then took a year out of research, working in the grants department at the Royal College of Anaesthetists for three months, followed by a nine-month role running the L’Oréal-UNESCO For Women in Science Programme. Harriet then re-joined the group starting her PhD in October 2016 and is currently pursuing studies into the mitochondria and platelet function.

Laura Menke
Laura completed her undergraduate degree in Biology at the Justus-Liebig University in Giessen, Germany, in 2014. She then continued her studies with a Master of Biomedical Sciences in Biology of Disease with a focus on cardiovascular research at Utrecht University in the Netherlands. During her studies, Laura moved to San Francisco in 2016, where she joined the Department of Vascular and Endovascular Surgery at UCSF and investigated the effect of pro-resolving mediators on macrophage function in patients suffering from peripheral artery disease. In January 2017, Laura joined Tim’s group as a Marie Curie PhD fellow, studying the effect of omega-6 fatty acids on platelet function.
BMedSci students

Jennie Kusznir
Jennie commenced her medical degree studies at Barts and the London School of Medicine and Dentistry in 2010.  In 2013-14 she intercalated in Molecular Therapeutics at the William Harvey institute for which she obtained a first class honours degree and won the Treasurer's Prize for the best BMedSci student.  Jennie is staying with the group over the summer vacation supported by a Rod Flower Scholarship.

Plinio Ferreira
Plinio graduated in Pharmacy and Biochemistry from the University of São Paulo, Brazil, in 2012.  He then continued at University of São Paulo to study for his PhD in 2013, under the supervision of Prof Gilberto De Nucci, at the Pharmacology Department. In 2014, Plinio received a scholarship from the São Paulo Research Foundation to come to London and worked with our group for the first time. He stayed with us for 16 months and studied the role of soluble guanylate cyclase inhibitors on platelet function. He then returned to Brazil to finish his PhD in 2016.  Plinio is now a postdoctoral research fellow at the Food and Nutrition Department at the University of Reading working with Profs Parveen Yaqoob and Jon Gibbins.  His current interest are into relationships between polyunsaturated fatty acids,  platelets and extracellular vesicles (EV).  We're developing a collaboration based on his EV expertise.